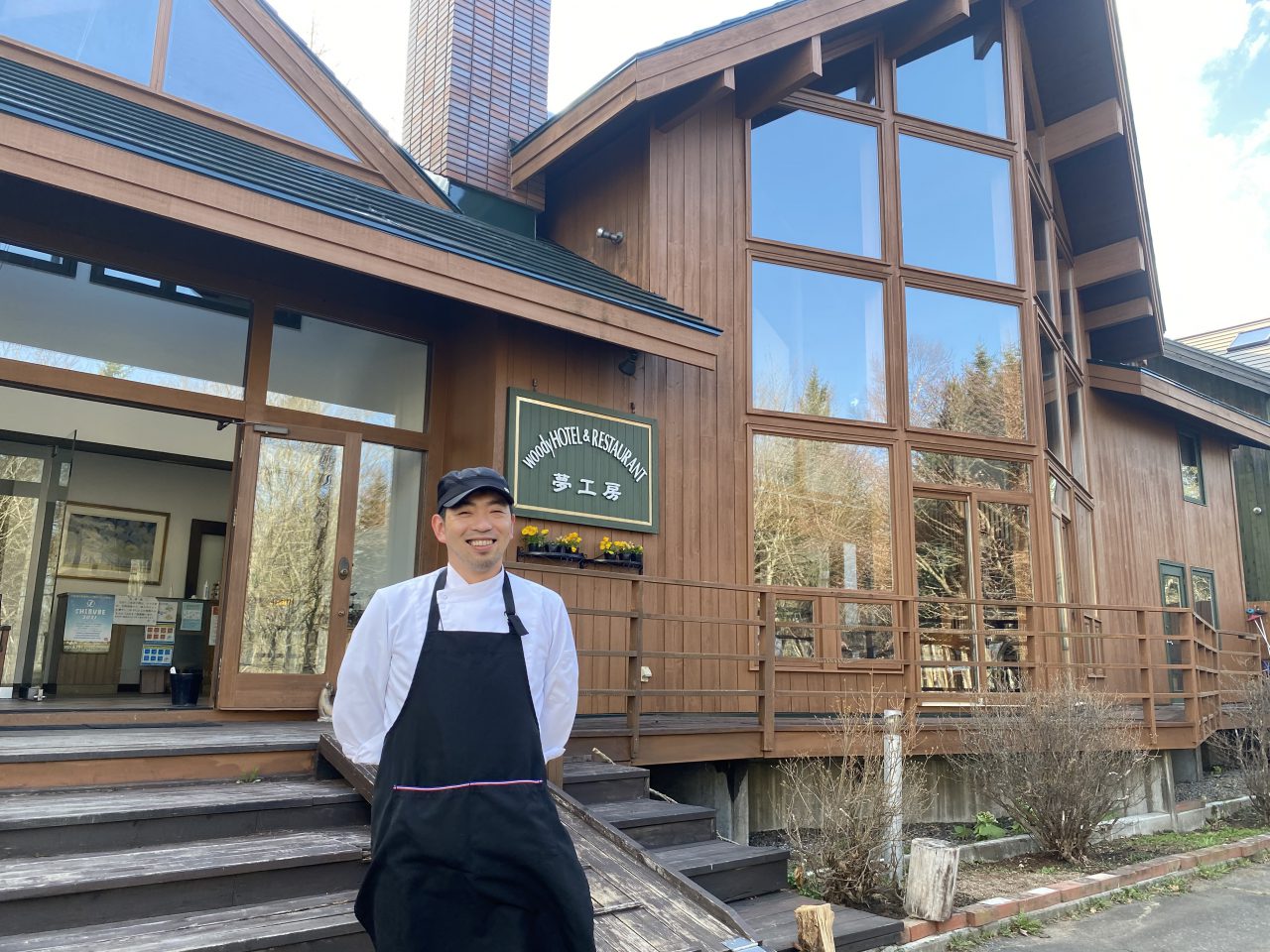 Angelica Kitchen Owner
Takeo Matsubara
Born in Kushiro City. He worked as a kitchen staff in a hotel and ceremonial service company for many years where he honed his pastry-making skills, before deciding to start out on his own. He currently works as a chef in Woody Hotel & Restaurant Yumekobo, where he also runs a small cake shop under his company called Angelica Kitchen.

Matsubara-san has always loved cakes since he was young. During his time working in the Western cuisine team of a hotel kitchen, he would often ask his colleague in the bakery team to teach him how to bake cakes. He says that whenever he tastes good cake, he finds himself wanting to know how to make it on his own.

There was one time when he joined a local cake competition with an original cake he developed, and he incredibly got selected to represent Hokkaido in the national competition. There, he achieved the amazing feat of placing among the best 20 out of 9,000 contestants. More than twenty years on, he has become a pâtissier in his own right, making cakes and sweets as his walk of life.

Matsubura-san currently works as a chef of Woody Hotel & Restaurant Yumekobo in Tsurui Village. Inside the hotel, he also runs a small cake shop which he opened in 2020. He credits the support of the municipal office and many villagers for being able to open the shop in the midst of a global pandemic. He hopes to return the favor by making cakes using local Tsurui ingredients such as cheese and honey, as well as cakes that depict and convey the nature of Tsurui.

For Matsubara-san, creating cakes that symbolize Tsurui means observing and experiencing the village’s nature and local lifestyle. One example is a cake he modeled after the shimaenaga (long-tailed tit), a small bird that inhabits the forest behind the hotel. The cake was initially supposed to be a limited offering, but eventually became a mainstay due to popular demand. He often changes the facial expression of the bird on each cake, a testament to his love of nature.

The animals, flowers, and trees of Tsurui are all part of Matsubara-san’s life. In the future, he hopes to convey the charm of Tsurui Village to the outside world by conducting sales in other regions and starting an online shop. One of his recent morning routines is to think about his business strategy while feeding the birds gathered on his terrace, though he frivolously admits that it probably looks like he’s just staring off into space.