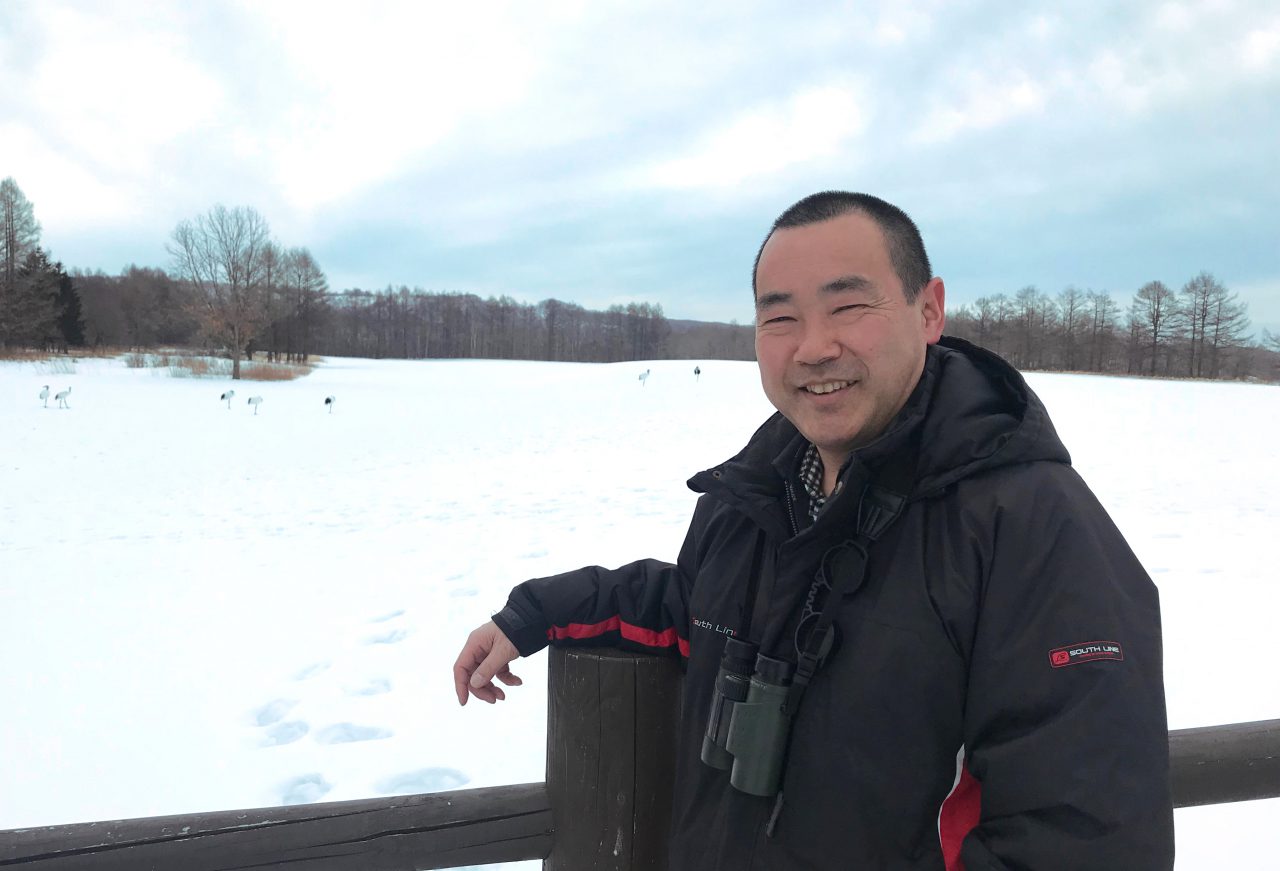 Kunihito Otonari got a clear idea of what he wanted to do in Tsurui Village back in 2007. It was during the 20th anniversary event of the opening of the Tsurui-Ito Tancho Sanctuary, where we was able to hear the voices of many villagers. Most of the villagers had become so used to the presence of the Tancho red-crowned cranes that they seemed to take it for granted, so he wanted them to realize just how wonderful it is to be able to live together with such creatures. He decided then to live in Tsurui and work to promote awareness and interest in the cranes.

Otonari-san established the “Tancho Community” conservation group in 2008. One of the group’s activities that has continued since its establishment is the preparation of crane feed. For this, the group gained the cooperation of local dairy farmers to produce dent corn in their fields. The aim was to promote interest in the conservation of the cranes by letting people take part in the crane feeding program. Every year, the group invites local schoolchildren and organizations to join the spring sowing and autumn harvest of the corn. The feed prepared from the corn is sent to the feeding grounds that play an important role in the conservation of the cranes.

Otonari-san also acts as a coordinator for Sarurun Guard, a group established in 2014 that is composed of local youth volunteers from 10 to 15 years old. The group organizes activities that promote independent thinking in its members, and the group’s name was actually decided by the children themselves. Every year, the children meet to decide the activities they want to do, which have included conducting tourist surveys and nature activities such as crayfish catching and wakasagi smelt fishing.

In 2018, the Tsurui Tancho Coexistence Village Planning Promotion Council was established. Otonari-san administers the council as a Tancho Nature Specialist under the Tsurui Village Board of Education. With crane feeding activities becoming more difficult to maintain, the council carries an important role in investigating how to coexist with the Tancho cranes while developing the village’s agriculture and tourism. Otonari-san hopes that his past activities can be leveraged for this objective.